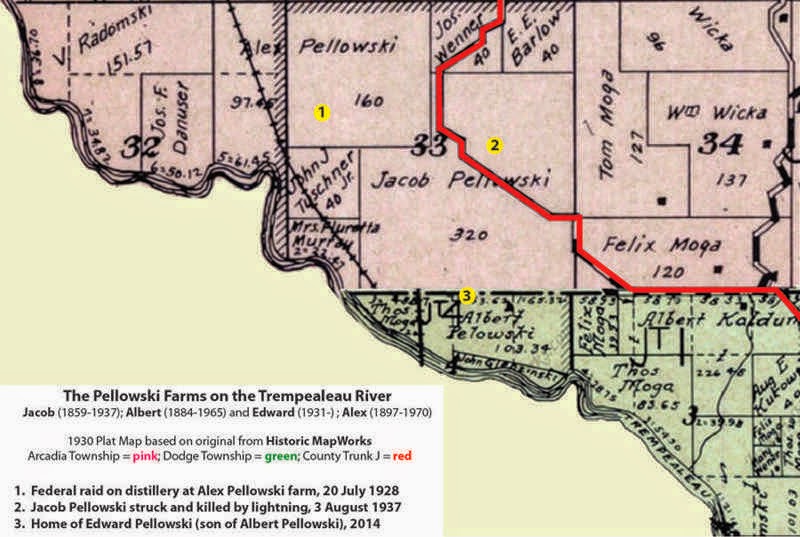 The Albert Pellowski farm is where I had the pleasure of meeting Edward Pellowski. The Alex Pellowski farm is where the distillery was discovered and destroyed. And the Roman Dorawa farm is where Jake Pellowski met his end. Jerry Haines, the second cousin responsible for ending my equestrian career at age thirteen, is the son of Albert Pellowski's daughter (Edward's sister) Mary Ann. He now farms all of these properties. Although it seems that the Pellowski name will pass from these properties once Edward Pellowski passes on, the land will still reside within the clan of Franciszek and Anna Pelowski.
Posted by Józef Jan Hughes at 9:24 PM