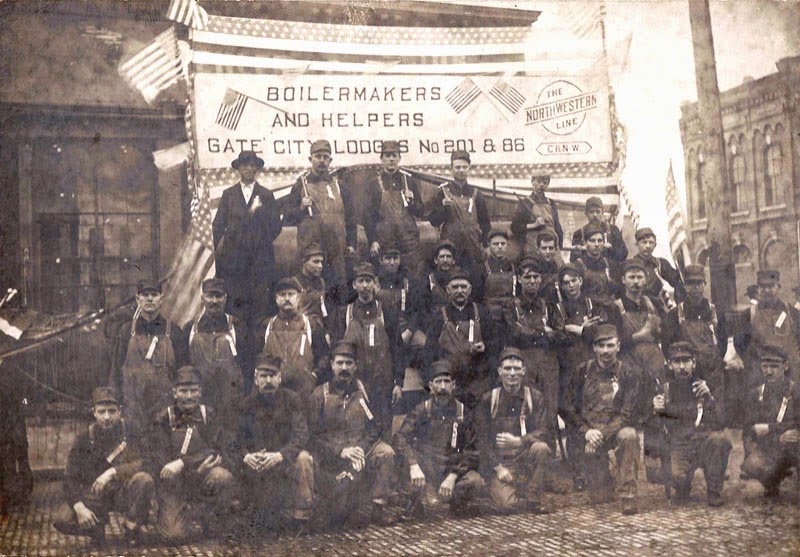 Unlike most railroad presidents of his time, Marvin Hughlitt believed in paying his employees a fair salary, instead of trying to get the most work for the least money. He had no problems with his employees belonging to unions, as long as they kept doing their jobs. This was quite likely the reason why the C&NW encountered far less labor trouble than most other American railroads at that time. Certainly the men posing in their overalls are proud of their work, their union, their railroad, and their country.
Posted by Józef Jan Hughes at 7:47 PM