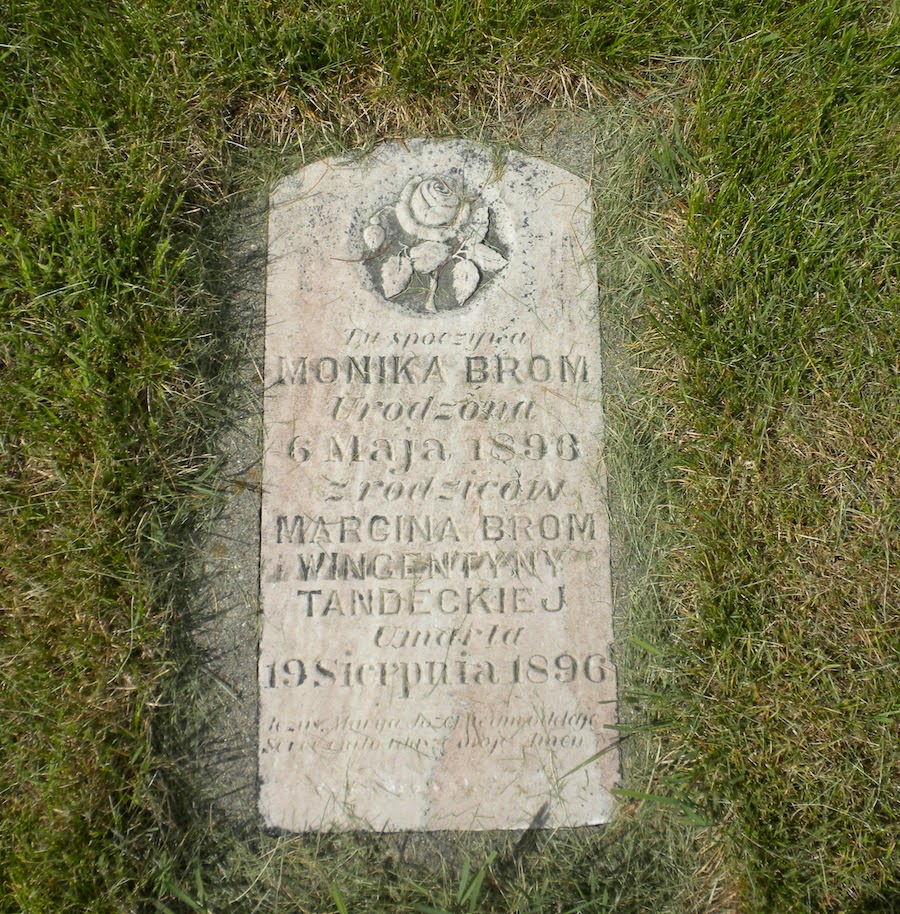 The inscription reads "Monika, daughter of Martin Brom and Wincentyna Tandeczka," with her birth and death dates. Interestingly, it is in Polish. No doubt Martin continued to speak Bohemian with his immediate Bohemian family. But young Monika's gravestone proves that her father had assimilated to his wife's Kashubian Polish language and culture. This discovery has a similarly sad side note. In his Dodge, Wisconsin (pp. 96-97), the "intelligent, sensitive, personable" Martin far preferred giving music lessons and guiding the Dodge town band, to working on the patriarch Mathias's farm. In 1904, the forty-eight year old Martin informed his father that he was finished with farming.  A fight ensued, and Martin suffered a permanently incapacitating blow to the head.  Indeed, the 1910 and 1920 US Census shows that "Martin Broom" was an inmate at the Trempealeau County Asylum in Whitehall. His nationality is listed as "Bohemian," in 1910 but in 1920 it is given as "Polish." His obituary in the July 17, 1928 Winona Republican-Herald refers only to "a lingering illness."
Posted by Józef Jan Hughes at 1:32 PM